Claim outlined as "Fa_03" on the following map: 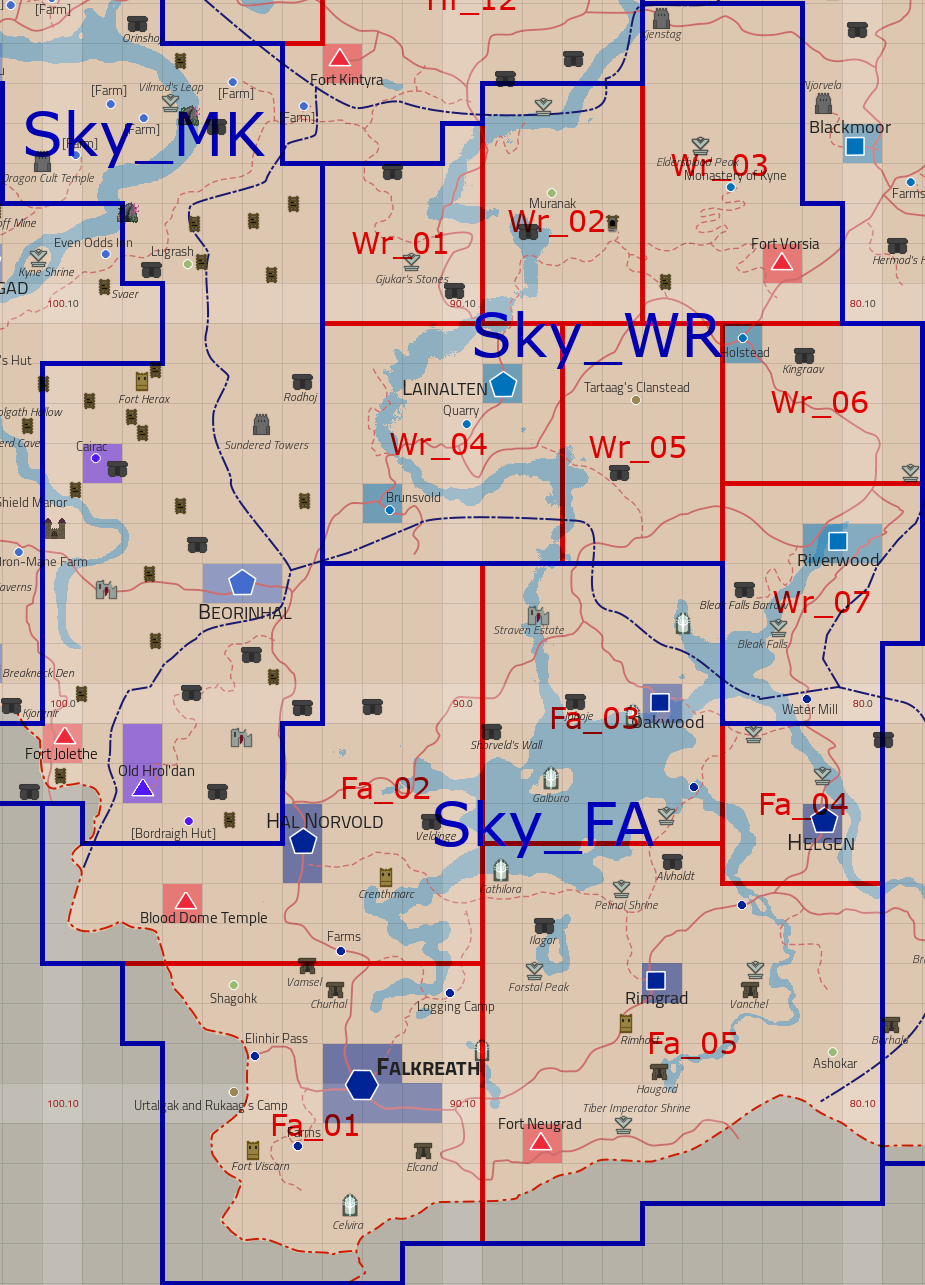 A large mountainous lake claim. The Skaldring Mountains in the north and northwest will use the Whiterun rock set, while the rest of the claim will use Jerral rocks. The town of Oakwood sits on the shore of the lake with their keep on a small island.

Important:
Falkreath aligned players will have a stronghold called Harfstel Lodge somewhere in the south of this claim. It should include activator-based construction stages of a stronghold and a satellite dock for Helgen. This can perhaps be created during the questing stage of the claim.

Oakwood
A quaint, old lakeside city on the northeastern banks of Lake Ilinalta, surrounded by old growth oak forests and farmlands. The city should use wood as the primary building material, palisade walls and so on. Where cities such as Rimgrad, Hal Norvold and even Falkreath boasts a much more Colovian background, Oakwood is the most culturally Nordic city in Falkreath hold. This should be reflected in the city layout, with wider streets, larger buildings, a more rustic layout in general. The city is in some aspects the cultural rival of Falkreath city, being more traditional and opposed to southern influences. Old and proud, but in competition with younger cities such as the farming powerhouse of Rimgrad and the trade city of Helgen. The economy is based on farming (rhye, wheat, turnips, cabbage), fishing and logging, like most of Falkreath. A couple of silver and iron mines in the Skaldring Mountains are also contributing to the Jarl's coffers.