This is a general thread for discussion and brainstorming regarding County Anvil content.

A lot of Anvil content is already decided - for the south at least - but there's still plenty of place to propose new and exciting things for the northern, Sutch-based release area. Important locations there: Some personal opinions:
Top

Some of ideas for questlines:

Ghosts of the Usurper
A little over a hundred years ago, the undead armies of the Camorn Usurper passed over the Gold Coast, leaving destruction in their wake. Though the Usurper is long dead, some of his undead servants continue to haunt the ruins and caves of the coast. In this questline, the player must investigate rumors of increasing undead activity, related to a cabal of necromancers who seek to revive the Usurper.
Top

Sutch Channels
The lake and river are not connected, so a long time ago redguards was built channels between them. But now, they fell into disrepair, were drained, clogged and collapsed. Dry channels are now filled by skeletons of old ships, garbage. Here live the poorest segments of the city population, who has no home.
Possible quest to repair channels and find new home for poor people

Sutch Animal Arena and Zoo
Many merchants brought here strange animals from all provinces of Tamriel. You can look at the animals. Or see how they fight to the death. Or try ypurself in the fight against monsters.
Possible quests to find lost animal or be a champion on arena
Top

Here are some Anvil wall styles to inspire you 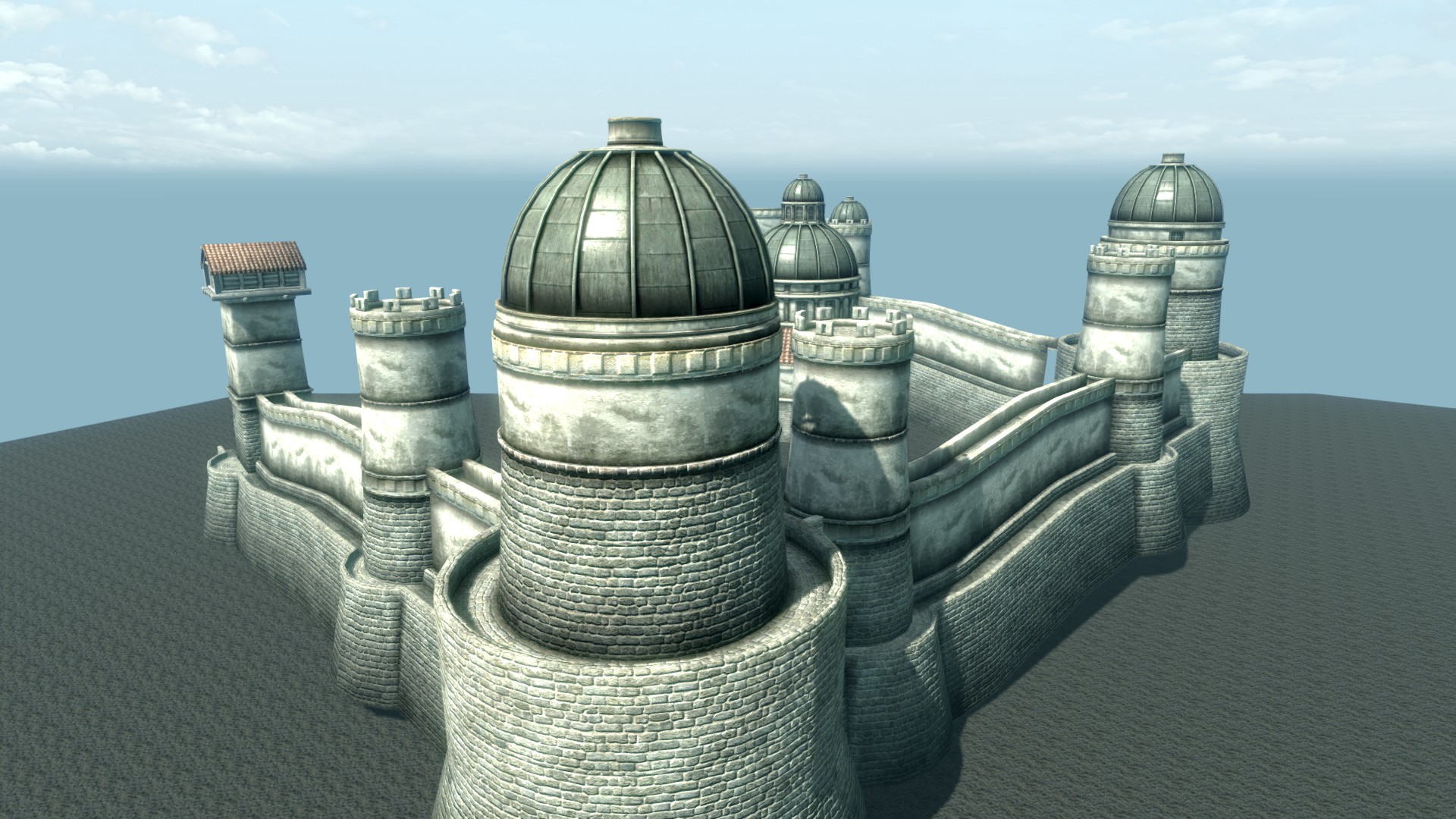 Instead of a salt mine, why not salinas grandes? I was only thinking, with so many ruins in a region half the size of Vvardenfell, why not break the spelunking spell and go with salt flats? If I remember right, Ft Sutch was flanked by hills. Maybe Sutch bottlenecks the only highway between those hills, from Rihad to Anvil, and it also serves as caravansarai.

Salt flats are planned for the environs of Lake Oloman. The mine is a kind of centerpiece for that. I think there are more advanced region plans somewhere in Project Discussion.
Top