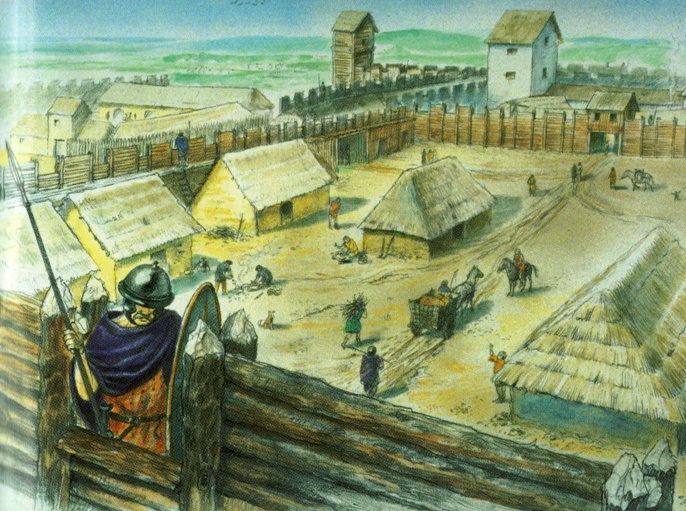 Jehanna is currently occupied by Haefingar, a hold of Skyrim.
There was a discussion over Haefingar's rule on Jehanna and what the best way of handling the situation was. Roerich put out the idea that the city would have fields inside the walls and would be mostly made of bland earth tones. This idea was expanded upon with the idea of the contrast between the city colors of the two forces, having the mute lighter earth tones of Jehanna vs the harsh dark pure colors of red, purple and blue Haefingar might have. There was a small discussion about the Witch-Knight's questline and a possible conclusion. It was conceived that the quest-line will end with Evermore using diplomatic means to free Jehanna but as a vassal to them. This will leave the player with a bitter sweet realization that the fall of Jehanna was inevitable

Jehanna is a Reach city, with Reachman history. Witch-knights (viewtopic.php?f=155&t=1060) and druidism is more of a pan-Breton ancient tradition, which can be used here. The Western Reach is the most civilized part of The Reach. Although Reachmen here are still an underclass, they aren't seen as savages and mongrels, like the Nords do. This would also allow them to have more influence on the culture of society at large.”

Jehanna is a Breton city by rule, but a Reachmen city by demographic, the same for Farrun, Cumalda and Corvelda. They should also be all over the countryside. The Reachmen would be integrated as much as the Bretons, just not in positions of [high] power.

“Jehanna identity before the occupation was probably no different than Northpoint or most other Breton settlements in the north.

The ruling class of Jehanna are descendants of the Witch-King (viewtopic.php?f=155&t=1060) that settled there and his servants and the Reachmen make up most of the citizenry. They mix and co-exist pretty well but there is definitely a bias towards Bretons in the city. The Witch-Knights are mostly part of the Breton ruling class. When the Nords invade, most of the Bretons flee or are exiled leaving the Reachmen populous under occupation.”

It was discussed that the colors of Haefingar and Jehanna should contrast eachother for a nice visual way of showing the conflict. The current concept of the Haefingar colors are harsh pure dark red, blue and purple with a wolf as the emblem. Colors that would contrast this well and fit our image of Jehanna would be muted earth tones with a deer emblem.

Roerich came up with a mock up of the city of Jehanna, using current PT assets that somewhat resembled the city.

There was a discussion about the Direnni ruins of the castle and it was decided IDEALLY there might be a Breton-esque variation of the Direnni buildings for Evermore. Thatched roof buildings would make up the rest of the city.

There was also mention of the idea of the gladiatorial team of Jehanna back in TES:I concepts, “the Iceblades” could be referenced towards as either a bandit/raider group or a Nord house in Jehanna.

The current Jehanna concept involves a palace made from Direnni ruins. Evermore will not be a former Direnni fortress but will be very Direnni inspired. It is important that this angle not be a pattern. The Direnni are said to be the most prevalent in the Western Reach and around the coasts of the Illiac Bay. The other parts of HR (save White Haven and the Crypt of Hearts) should have very little to no Direnni ruins to avoid the concept being over used

Y'ffre will only have one actual temple in Jehanna.
Top
Post Reply
2 posts • Page 1 of 1