The Septim Lineage and Claims to Thrones

Discussion of Elder Scrolls lore and how it will be used in Province: Cyrodiil
Post Reply
1 post • Page 1 of 1

The Septim Lineage and Claims to Thrones 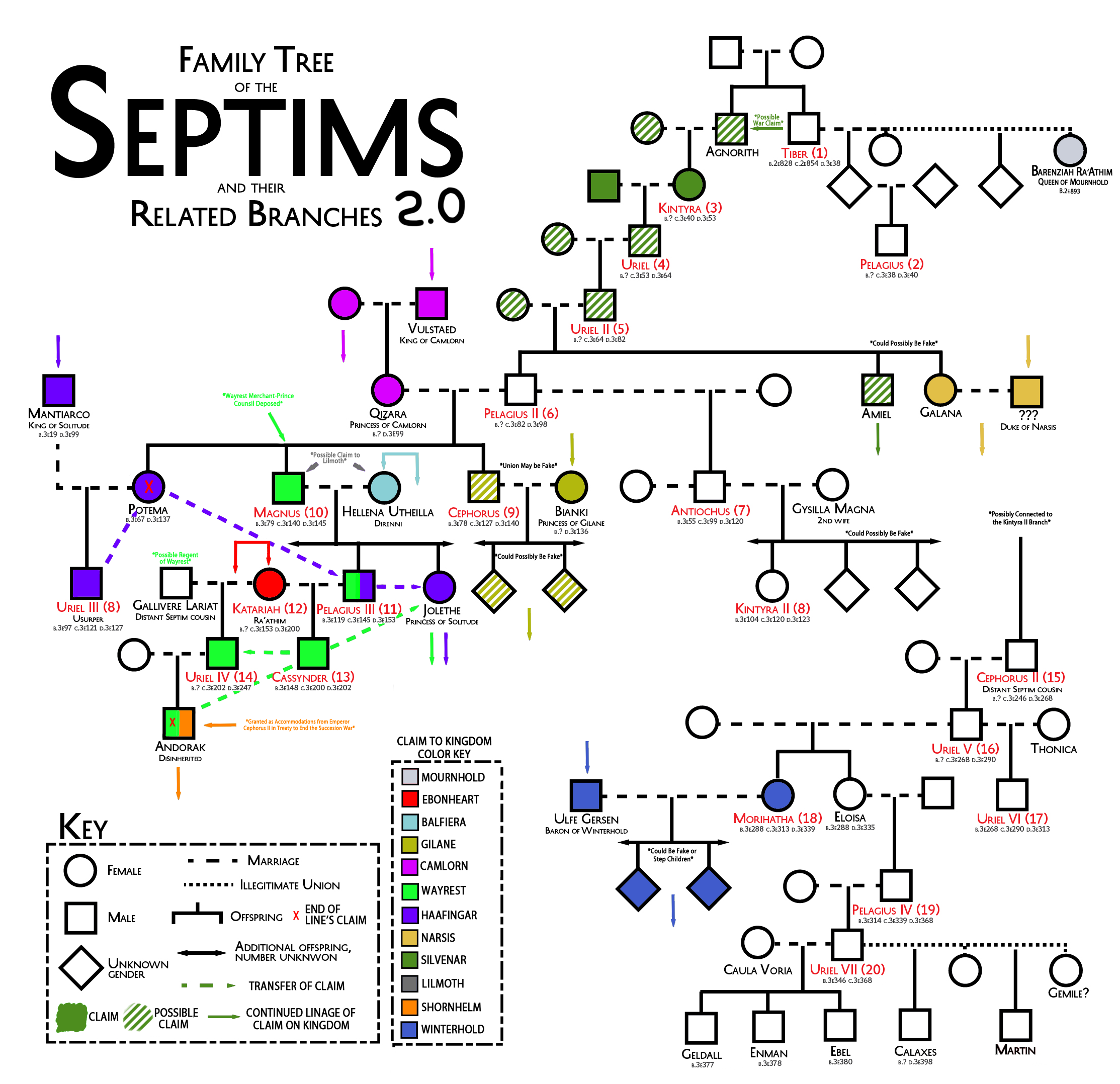 This is an attempt of organizing and cataloging the various members and claims of the Septim Line. This image was created using Lady-N's original Septim Family Tree and adding the claims onto it. Since this is a working file for PT and its related canon, updating the tree for each project's narrative and lore is important.

The claims are primarily based on three in-game books/series, 'Brief History of the Empire', 'The Madness of Pelagius' and 'The Wolf Queen'. The last one is somewhat disputable so there have been small labels attached to the related materiel pull from the book which question whether they are 'fake'.

Here are some things that have been added and assumed on this tree that are NOT canon in lore but help to explain how the claims are passed on: edit: Updated tree
Top
Post Reply
1 post • Page 1 of 1